For the yachting professional on the Mediterranean
Showing posts from tagged with: Ocean Conservation Trust 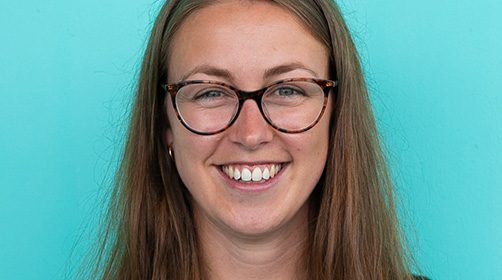 Seagrasses are one of the most valuable and biodiverse ecosystems on the planet, providing multiple benefits to the environment. They are up to 35 times more efficient at absorbing carbon than rainforests and despite only covering 0.2% of the seafloor, they store 10% of the ocean’s carbon.

They provide nurseries for commercially important fish species, are biodiversity hotspots, with a single hectare of seagrass providing sanctuary for up to 80,000 fish and 100 million small invertebrates and are also home to rare and endangered species like seahorses and stalked jellyfish. Where seagrasses are present, they also reduce the impacts of coastal erosion.

Despite this, since the 1930s, up to 90% of Zostera marina seagrass beds have been lost, largely through physical disturbance, pollution, and disease. The International Union for the Conservation of Nature (IUCN) estimated in 2014 that seagrasses are declining by 7% a year globally. This estimate makes it the fastest disappearing habitat on the planet.

Because of this, the Ocean Conservation Trust, a UK-based charity has launched Blue Meadows, a landmark project delivering vitally important work to safeguard these vital habitats. Through a holistic approach to seagrass protection, regeneration and restoration in the UK, their goal is to protect what remains of seagrass meadows, and over the longer term restore what has been lost.

A vital first step in their approach is the protection and regeneration programme. By defining areas of existing seagrass meadows, and marking them with buoys, it will allow the seagrass already there to regenerate into a healthier meadow. Protection is just the first step, but would mean seagrass meadows could recover and regenerate. Their dive team, made up of professional biologists, will monitor and measure the impacts and benefits of the protection and regeneration work by measuring meadow health, growth and biodiversity.

Their work started with a pilot programme in Falmouth where buoys have been placed in three key areas to protect over 20 hectares of seagrass meadows, the equivalent of 20 football pitches. A local boat user engagement campaign has also begun, and baseline biodiversity measurements have been conducted with support from e-DNA analysis experts to establish the key species present. Each Blue Meadows site will be monitored for a minimum of three years to observe the development of that biodiversity over time. The second project site is already lined up in Torbay, Devon, where a further 50 hectares are planned for protection. Over the next five years, the target is to protect 10%
of all UK seagrass, approximately 700 hectares in total.

Whilst protecting and allowing existing seagrass meadows to regenerate, the OCT is also working on refining a holistic approach to enable large-scale seagrass restoration. To do this, they have constructed a huge 400 square metre purpose-built facility for plant aquaculture.

It’s the largest seagrass nursery site in the UK, where they are researching and developing large scale restoration techniques.

Scaled restoration of seagrass meadows is hampered by multiple factors, including poor germination rates, plants only flowering once a year and the high cost of seed collection. Their research and development programme aims to tackle these problems and enable large-scale restoration of this important habitat. Blue Meadows sites will provide ideal test beds to support this research. Over the next five years, the Ocean Conservation Trust will develop a holistic process to restore at scale.

The essence of the Blue Meadows approach is one of cooperation to solve a critical problem and to grasp a wonderful opportunity. But to do this, they need the support of boat users, businesses, and harbour authorities.

If you would like to make a real difference, visit www.bluemeadows.org

We use cookies and similar technologies on this website to improve its performance and enhance your experience. OK, thank youFind out more...