For the yachting professional on the Mediterranean
Showing posts from tagged with: E1 World Electric Powerboat Series

Alejandro Agag has taken the motorsport world by storm on dry land with his groundbreaking ventures, Formula E and Extreme E. Now, Agag is setting his sights on electrifying water. We take a deep dive into the UIM E1 World Electric Powerboat Series

The name ‘Alejandro Agag’ is synonymous with electric racing. Founder of the Formula E electric single-seater championship and Extreme E SUV off-road racing series, the Spanish businessman and entrepreneur is widely regarded as an electric mobility pioneer, having recently won the title of “Motorsport Hero” at the 2021 Autocar Awards. The Extreme E and Formula E championships fuse together his vision for a sustainable future with high-octane entertainment. Exhilarating speeds and breathtaking locations see millions of fans tune in to watch electric cars race. Never content to rest on his laurels, Agag sought out the next frontier of electric motorsports: water.

The E1 Series was launched in September 2020 during the COVID-19 pandemic and it all began in lockdown. Agag was taking a walk along the River Thames in London with a close friend, Rodi Basso, and the pair mused that marine transportation ought to catch up with the automotive world in adopting electric power.

With an extensive background in Formula One, Basso is no stranger to motorsport, having worked with Ferrari, Red Bull and McLaren. Agag mentioned he had previously invested in SeaBird Technologies, a company with a vision for making electric leisure boating accessible to all. From there the conversation turned to an electric powerboating series. The pair exchanged ideas about the technical aspects of the boat and event format, and soon after drafted a proposal to present to the UIM, the world governing body of powerboating.

Only a few short months later, Agag and Basso stood next to Raffaele Chiulli (the President of the UIM) as Co- Founders and CEO, respectively, of the newly sanctioned UIM E1 World Electric Powerboat Series. With His Serene Highness Prince Albert II present, a 25-year exclusivity license was signed at the Monaco Yacht Club to promote the world’s first electric powerboat racing series.

Fast forward to June 2021 and the E1 Series is fully funded and a new boat design has been revealed to the public via a digital launch. With the design validated, the RaceBird has entered into production with the expert engineers at Victory Marine at the helm.

We’re already in conversation with a number of cities. Looking to race in places such as New York, Miami, London and Monaco...

THE MISSION The aim of the E1 Series, like Agag’s other racing ventures, is to accelerate the use of electric technologies, this time with a particular focus on marine mobility. As a keen sailor, Basso was already preoccupied with concerns about ocean health. By providing an exciting, competitive racing platform on the water, the E1 Series aims to accelerate change for a cleaner future in water transport by developing innovations and sharing technology from the motorsport world, while increasing awareness of the perils facing the ocean, rivers and lakes worldwide.

The marine industry has been significantly slower in the uptake of electric technologies than the automotive world. The E1 Series hopes to speed up the transfer to clean energy not only in the racing circuits, but also for leisure day boats. As part of its sustainability mission, the E1 Series will commit to installing permanent electric charging infrastructure in each port where it races. These will remain after the racing as a lasting legacy and encourage the local community to move to electric boating. 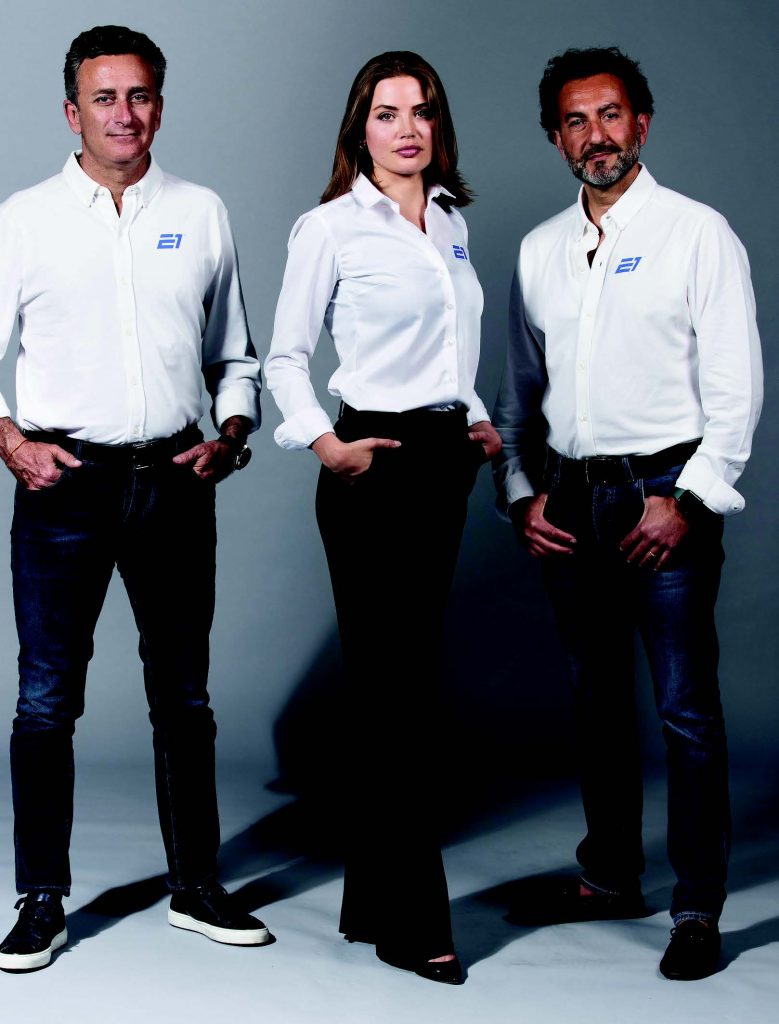 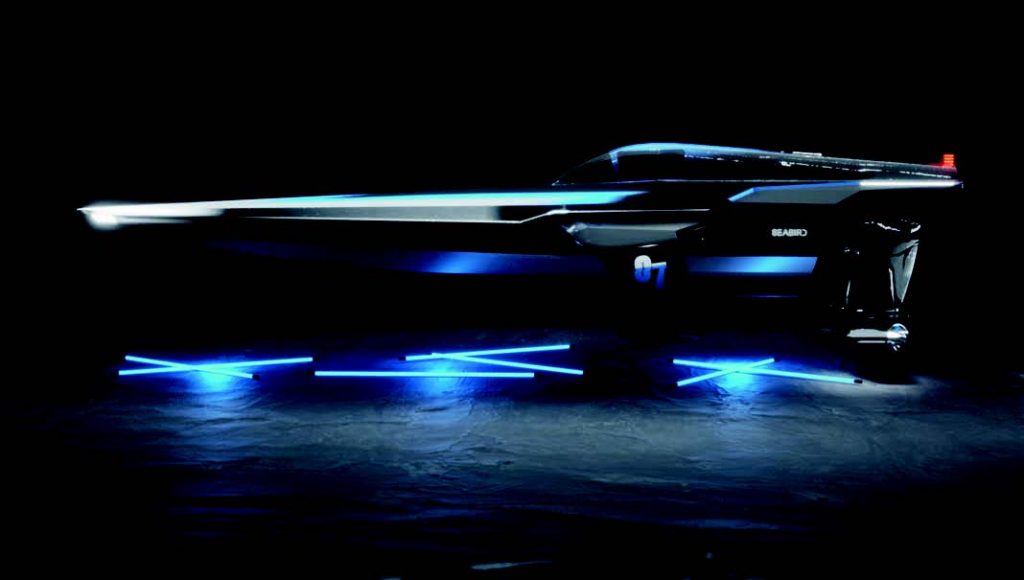 Agag comments: “Marine mobility is a big source of pollution in waters. We have to electrify as much as possible and the first step towards that is to electrify recreational mobility. We hope to use E1 to be the platform where those technologies develop. Once they are perfected, you can facilitate general adoption of electric boats for the betterment of our ocean, lakes and rivers.”

THE RACEBIRD Looking at the newly designed RaceBird, you would be forgiven for mistaking it for a Star Wars X-Wing Fighter. The original inspiration for the RaceBird, however, came from designer Sophi Horne watching sea birds glide along the water at her family’s summer house on the Swedish coast.

Following an extensive validation process, the sinuous, organic lines of the original RaceBird design metamorphosised into something sharper, sleeker and more futuristic. The vessel is a completely new design and was co-created by Horne and Brunello Acampora, the Founder of Victory Marine. It features an outboard motor, enclosed safety canopy and hydrofoil technology. It will be seven metres long, with a beam of two metres and a foil height of half a metre.

Using hydrofoils, the 800kg carbon fibre boats will rise above the water’s surface, allowing for minimum drag and maximum energy efficiency. Being lifted above the surface will not only improve performance, but also promote close and competitive racing with a reduced wake when following an opponent. Basso adds: “We want to race with the water, not against it.”

Pilots  will  use  identical powerboats  for  at  least  the  first  two  seasons of the E1 Series, after which the regulations will open up permitting teams to design and develop their own bespoke

electric components. Similar to the approach Agag took with the FIA Formula E Championship for its inaugural season, the teams will all use standardised parts, including a lithium-ion battery from Official Battery Partner Kreisel. Basso notes: “The RaceBird presents a unique challenge and one that the teams at SeaBird Technologies and Victory Marine have delivered on.”

WHAT’S NEXT? With preparations for its debut season well underway, the E1 Series is set to unveil the first full-size RaceBird prototype at the Monaco Yacht Show in September 2021. The first event of the E1 Series is expected to kick off in early 2023.

The first season of the UIM E1 World Electric Powerboat Series is expected to consist of 10 events, five of which will be held in prestigious city-based venues and the other half in select locations in partnership with Extreme E. The circuits will be tight courses that offer unpredictable racing, skilled handling and challenging transitions to foiling. Up to 12 teams will be invited to race, with one male and one female pilot per team.

Basso concludes: “We’re already in conversation with a number of cities. Looking to race in places such as New York, Miami, London and Monaco… just to name a few. We’re looking at new ways in which we can deliver the world’s most disruptive on-thewater sport and entertainment product. One which champions electric powerboats.”